We recently crossed the $2.5 billion mark of staked ETH on the Beacon Chain.

This is huge considering the fact that the protocol has been live for a little over a month, and we were all holding our breaths waiting to see if the genesis deposit threshold would even be met on time.

On top of this, the amount of staked ETH is growing at a rapid pace – and so is the ecosystem around it. We’re seeing tons of new independent validators and staking services popping up, to be expected after the success of genesis finally proving that Eth2 can deliver.

On top of this, the amount of staked ETH is growing at a rapid pace – and so is the ecosystem around it. We’re seeing tons of new independent validators and staking services popping up, to be expected after the success of genesis finally proving that Eth2 can deliver.

Staking services on the Beacon Chain

Not surprisingly, staking services are playing a substantial role in validator deposits, and the up and coming Eth2 staking service industry is becoming an interesting hybrid between financial and infrastructure services. At its core, assisting stakers with much of the heavy lifting needed for running nodes and validator clients yet tightly connected to the financial instruments and incentives made possible by the Beacon Chain.

Staking services are really filling a need – as anyone who has tried to run their own validator would know. Client teams are making groundbreaking progress developing the foundations of Eth2 staking, but it can’t yet be said that we have gotten to the point where interacting with a validator client is entirely accessible for someone without at least a little technical knowledge. This aside, at least 20-30% of the network is being operated by DIY validators, to the brave early adopters – we salute you!

We’re seeing a lot of users going through larger exchanges (Binance, Kraken, etc.) which is somewhat to be expected given the convenience factor. Kraken alone is already staking more than 350,000 ETH on behalf of its users representing approximately 17% of total ETH staked. With the release of Coinbase’s ETH staking to arrive any day now, the percent staked by exchanges will likely grow much higher.

Then we have the modre niche players mostly divided across custodial and semi-custodial solutions but more and more interesting configurations are being developed every day, more on that a little later.

At Blox, we have just crossed the triple digits validator mark(!) Our current stats are:

We just released a new and substantial version that further addresses the attestation issues we have been experiencing. The version also includes upgraded slashing protection for KeyVault with improved highest attestation logic to compare with multiple sources to ensure slashing data is correct and not dependent on one single point. We’ve also further improved KeyVault policy management with a new policy access token for Blox Infra restricting actions to ONLY sign/list accounts and perform health checks.

So far we have not identified another true non-custodial platform, but we hope that this will change moving forward.

Up next, the race for Staking Pools

Staking pools are a super interesting addition to the world of ETH staking because they are also a major piece in the ‘money legos’ concept that make DeFi what it is today.

We are already starting to see interconnectivity between pieces with companies such as Lido Finance offering easy ETH deposits through Argent wallet, while using services such as Stakefish in the background for the actual staking. As well, CREAM has added ETH staking in addition to their wide array of DeFI products.

In parallel to many blockchain services moving towards decentralized alternatives (from exchanges to lending and borrowing and so on) the lego piece we are working on at Blox is a fully decentralized staking pools network. The Pools Blockchain will act as an additional layer between validators and the Beacon Chain, splitting signing responsibilities between randomly selected pool operators. The tech is based on Secret Shared Validators, a concept currently under development with the Ethereum Foundation.

We foresee that more and more trustless Eth2 pools and platforms will pop up and a transition will take place to a decentralized-centric market, as has been the trend in the larger crypto industry. We definitely envision ETH staking as a base layer for everything DeFi moving forward (from ‘risk-free rate,’ ETH bonds, staking liquidity tokens, etc., etc.) and it will be great to see an increasing number of decentralized services connecting the community as the ecosystem matures. 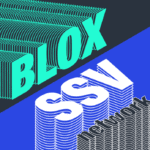 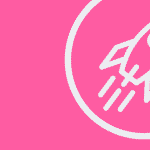 We noticed that you are located in occupied territories of Ukraine, please contact contact@bloxstaking.com to gain access to the BloxStaking app.

We noticed that you are located in Belarus, please contact contact@bloxstaking.com to gain access to the BloxStaking app.

We noticed that you are located in Israel, please contact contact@bloxstaking.com to gain access to the BloxStaking app.

We noticed that you are located in Russia, please contact contact@bloxstaking.com to gain access to the BloxStaking app.